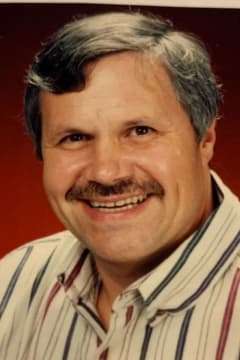 Charles “Chuck” Jay Dovey
June 9, 1949 - March 1, 2022
Chuck passed quietly away at the age of 72 of an apparent heart attack at his long-time residence in Renton, surrounded by his beloved pets. Born to Donald and Leota (Hancock) Dovey in Tacoma, he was the youngest of their four children.

Chuck grew up in Parkland and was active in Boy Scouts and DeMolay. He graduated from Franklin Pierce High School in 1968 and Green River Community College in 1972.

After high school, Chuck enlisted in the Navy Reserves only to be called to active duty shortly after. He spent time in Vietnam and returned from the war proud of his service. He became politically aware and active, open to diversity and alternative cultural ideas and cuisine.

In the mid-70s, Chuck purchased a house in Renton which he remodeled and lived in for the remainder of his life.

Chuck was employed in the warehouse for a few different places, most notably Lucks Bakery Supply for 35 years.

After retirement in 2006, Chuck would take the occasional job as a class “c” commercial driver, working at beer fests for Piecora’s Pizza, where he would transport and set up beer trailers. He loved a good beer, Bloody Mary or margarita—the pizza was a bonus. He could be relied on to assist anyone who needed a hand—from changing a tire, helping move to a new home, driving a load of stuff to the dump in his truck to watching your pet or child when needed. Chuck loved animals and always had at least one pet, if not more.

Chuck was reliable, thoughtful and a quiet supporter of his friends. He loved to share good food; whether baking his own bread, shopping at IKEA for pickled herring or meeting friends in Chinatown for Dim Sum.

Chuck loved the television shows from the sixties including Perry Mason, The Three Stooges, Japanese monster films and classic film noir. He was an avid shutterbug as evidenced by his large collection of photographs of family, friends, pets, scenery from his travels, attendance at various festivals or anything that piqued his interest.

Chuck was preceded in death by his parents. He is survived by his brothers James (Margaret) and Richard (Eleanor) and his sister Donna (Ken) Buster, several nieces and nephews and many friends, all of whom brought him endless joy. He will be remembered for his smile, laugh, wit, caring and helpful nature, as well as his photography, many collections, and especially his love for his pets, friends and family, and of course, we will always remember his trademark attire—suspenders.

“Death and sorrow will be the companions of our journey; hardship our garment; constancy and valor our only shield”….Winston Churchill