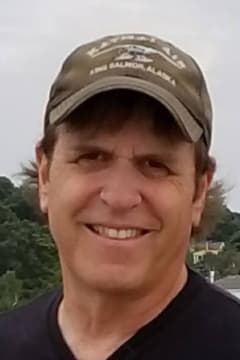 Alan passed on to be with his Lord and Savior, Jesus, on October 9, 2021 in Burien, Washington. He was 70 years old. Alan was born in 1951 in Santa Monica, California. He grew up in Van Nuys, California.

Alan graduated from UCLA with a B.S. in Political Sciences. He worked for the airlines with his brother as a flight attendant. After accepting Christ as his Savior, he moved to Seattle where he
went to Bible college and received a Bachelor degree at Pacific School of Theology. It was there that he met his wife Judy Rowell. They married in 1988.

He went to mechanic school where he worked for Alaska Airlines for over 32 years. Alan and Judy also bred several AKC Champion Great Pyrenes with some accomplishing major wins, including one at the Westminster Dog show. Like Judy, Alan loved Jesus and the Word of God. He would memorize portions of scripture and had his hope anchored in its truths.

Alan is preceded in death by his wife of 33 years Judy (Rowell) Bornstein, his parents, Lou and Phyllis, and his younger brother Ross. He leaves behind two brothers, David (wife Jackie), LA,
California, Jeff, Las Vegas, Nevada, and his cousin Jill Maurice of Kent, Washington, along with their families. Alan was loved by all who knew him, his kindness and adventurous, spontaneous spirit,
will be missed by all.

A Celebration of Life will be held for both Judy and Alan Bornstein on November 13th at 2:00 pm Overcomer Church, 33415 Military Rd S., Auburn, Washington, 98001