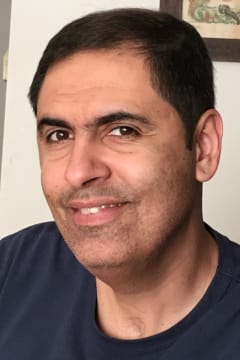 Timothy Alfred Gonsalves, 52, died Sunday, March 28, 2021, of a heart attack at his home in Renton, Washington.

Tim was born July 1, 1968 in Hilo, Hawaii to Alfred and Lucy (Gonsalves) Gonsalves. He was raised surrounded by a large “Ohana” including many aunties, uncles, cousins and friends. Growing up he loved spending time at the beach and playing basketball with friends. He graduated in 1986 from Waiakea High School in Hilo, Hawaii.

After graduation, Tim joined the U. S. Navy and went to Boot Camp in San Diego, California. After Boot Camp, Tim was stationed aboard the USS Fox for 3 1/2 years as an Internal Communications Electrician. As were many of his generation, he was inspired by the Movie “Top Gun” and could quote almost every line. This sparked what would become a lifelong interest in flying. So, in 1991, Tim transitioned into Naval Aviation and became an Acoustic Operator aboard the P-3 Orion aircraft. He served in VP-31 at Moffett Field, California, then VP-6 and VP-17 at Barbers Point, Hawaii.

In 1995, Tim went to Instructor School in Millington, Tennessee. While in VP-30 in Jacksonville, Florida and VP-4 in Kaneohe, Hawaii, he was able to combine the two things he loved the most, flying and teaching the next generation of Acoustic Operators. While stationed at VP-4 in Kaneohe, Tim met his future wife Shani. They were married in January 2001 and that Fall they were blessed with their first child, Jason.

Tim completed his Naval career on Shore Duty in Pensacola, Florida, teaching new Acoustic Operators at “A” School. He enjoyed this time with his young family and they welcomed their second child Alexander. While in Pensacola, Tim also completed his Bachelor’s degree in Adult Work Force Education, through Southern Illinois University, and still found the time to mentor young Sea Cadets. Tim Retired from the Navy in 2006.

Armed with his vast Naval experience and Bachelor’s degree, Tim was ready for the next chapter in his life. He began working for Boeing near Seattle, Washington in June of 2006. During his almost fifteen-year Boeing career, he was part of several teams which worked hard to develop and test training systems for the new P-8 Poseidon aircraft. Tim was highly respected by both the Boeing and Navy teams. His work helped bridge the transition from the old P-3 Orion aircraft to the new P-8 Poseidon. His Naval service and time with Boeing provided many opportunities to travel throughout the world and make many lifelong friendships.

In 2018, Tim took a new position in the P-8 program, which meant less travel. This allowed him to spend more time with his family and pursue other interests within his local community. Tim joined the Civil Air Patrol in September 2020. Shortly after, he was awarded the CAP grade of Technical Sergeant (TSgt) in recognition of his previous military service. He took the role of Assistant Education & Training Officer and was training to become a Mission Scanner to help with aerial search missions.

Tim will be remembered by family and friends as a man of faith and a devoted husband and father. He was soft-spoken, funny, hard-working and kind. He loved to be at home with his family, bonding over all things Star Wars and Marvel. He was continuously learning, trying to improve himself and striving for excellence.

Tim will be laid to rest with full military honors Wednesday, April 7, 2021 at Tahoma National Cemetery in Kent, Washington.​

Tim and I were roommates in Hawaii. He was a great guy. So humble and so generous. He was a "boat guy" turned aircrewman. I was on his first flight and a number of others. What a smart guy! Taken way too soon. Love and prayers to his family! -Gary Phillips VP-6 Blue Sharks
- Gary Phillips

Rest in peace and love Timothy. You will be missed by many. Shani, you and the boys are in our prayers. Cherish the memories of Timothy always. He is always close. Loya and Maalik
- Loya & Maalik

My memory of Timothy was as a bright young Sailor in the squadron who had a thirst for knowledge. We would sit together and he would ask about what it took to be an outstanding leader. Every chance Timothy got, he would pick my brain. I so enjoyed our time together, but especially his infectious smile and laughter. A life gone too soon, but he left his Ohana, Shipmates and world a better place! Rest in peace Shipmate, look over us as you soar high on "Final Patrol".
- Leo Padilla, CMDCM, USN (ret)

Our deepest condolences to Timmy's family! I am his first cousin, Darrell Mattos, and even though he was much younger than us, he was always such a good person! We are so proud of him for all the things that he has accomplished and the man he became! He will always be in our hearts and will truly be missed! God bless and may he Rest In Peace.
- Darrell Mattos

All though years has gone by that we had no seen each other I remember it like yesterday as kids playing baseball and hide and seek in the front yard as kids. Timmy cause that's what we called him had the best parents and us kids loved visiting because he always had the best toys. I remember us looking for fire works at Waikea waena on New Year's Day we ran into a man walking with a crooked stick who stopped to share a Bible scripture us being kids found it strange but all turned around and the man disappeared we thought it must have been a angel. I never forgot that experience we shared together today I know we have encounters for a reason and sometimes never find out why.. But I trust God always has a plan and even though we lost contact the memories we shared as kids will be cherished forever.. God bless Shani and boys may Timmys legacy carry on... rest in love and peace cousin.
- Leilani Louise Sandoval