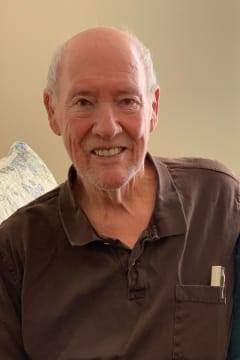 Robert “Bob” Lee Graham, 83, of Renton, WA, passed away peacefully on October 10, 2021, at Overlake Hospital in Bellevue, WA, of complications from a stroke.

Bob was born November 7, 1937, in Helena Montana to George and Louise Graham and has one older brother, Don Graham. Bob grew up in Butte, MT, and graduated from Butte High School in 1956. From there he was proud to have attended Montana Tech for one year, before enlisting in the U.S. Naval Forces. He enjoyed his time serving our nation, and particularly liked talking about his time spent in Japan and all the oceanic travels. Bob was married to Miriam (Lee) Graham for 52 years having tied the knot March 29, 1969. He worked for the Boeing Company as an electronics technician for over 30 years and was a proud member of the International Association of Machinists and Aerospace Workers Union. Bob enjoyed tinkering in electronics and always had the most updated and latest computer equipment to play with. He spent many weekends golfing at clubs around the Pacific Northwest, and he enjoyed spending family time with his daughters and grandchildren.

Bob is survived by his wife, Miriam Graham, his brother, Don, his daughters Annie (Joel) Nau, of Davenport, IA, and Robin Graham, of Renton, WA; grandchildren Samuel Nau, Rebekah Nau, Matthew Graham-Cline, and Kennedi Hurley; two stepdaughters, and many step-grandchildren and great-grandchildren. He is preceded in death by his parents, George and Louise, and a stepson.

A graveside memorial will take place at Tahoma National Cemetery in the Spring of 2022. Memorials may be sent to Robin Graham at PO Box 848, Enumclaw, WA, 98022, and will be used to assist in the continued care of his wife, Miriam, who has advanced Alzheimer’s and resides at a memory care facility.