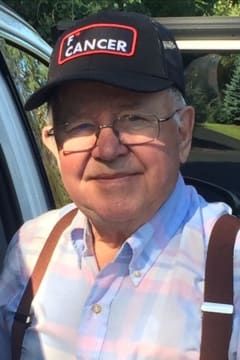 He was a graduate of Lena High School, class of 1956. He later attended Marinette College where he obtained his Teaching Certificate, before beginning a varied career path that culminated as a Green Bay Metro Bus Driver in 1999.

Robert was a selfless man with a huge heart who would give you the shirt off his back. He was an avid collector and a jack of all trades. He enjoyed fishing, hunting, traveling, puzzles, playing cards and games with family & friends, and the Green Bay Packers. He had a wonderfully dry sense of humor, and was often heard using his own terms of endearment such as "frickin yo-yo" and "snicklefritz".

A celebration of Robert's life will take place in the summer.