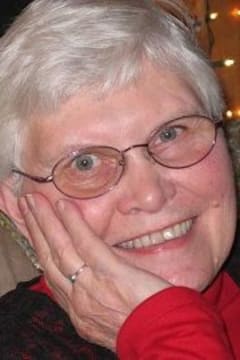 On Friday, November 19, 2021 our Mother, Miriam Graham, passed away at the age of 83.
Miriam was born on February 11, 1938 in Gary, Minnesota to Sivert and Gladys Lee.
Miriam was a long time resident of Renton. When she was six years old the family moved by
train to Renton for work at Boeing. Miriam graduated from Renton High School in 1956. After
graduation, she married Donley Gimmestad and had three children, Gayle, Gary and Lisa. In
1969 she married Robert Graham and had two daughters, Annie and Robin. Miriam worked at
Boeing starting as a secretary and retiring after 30 years as an office manager.
Miriam is preceded in death by her parents; her brother, Dennis; her husband Robert; and son
Gary.

In her younger days, Miriam loved square dancing with the 'Hoot and Holler' Square Dance
Club. She enjoyed camping in her RV, especially along the Oregon coast. She had fun playing
the nickel slots in Reno and even won on occasion. Miriam loved to read and could get lost in a
good book, finishing it in one day. She was an incredible cook and her family meals are greatly
missed. Miriam was very involved in her church, Renton Lutheran Church, until it closed.

A graveside service will be held at Tahoma National Cemetery in the Spring.
Remembrances may be made in Miriam's name to the Alzheimer's Association or the American
Heart Association. Burial services are provided by Cady Cremation and Funeral Service in Kent.