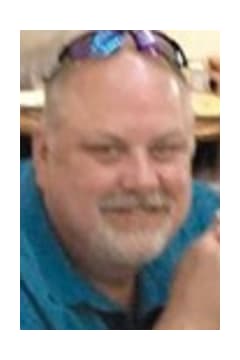 John Steven Mackner ("Honey" to his younger grandchildren) passed away on Thursday, March 12, 2020 at his home. He was born on April 2, 1961 at Providence Hospital in Everett, Washington to Bob and Charlotte Mackner. When John was six years old, his family moved from Everett to Ballard where he attended public school and played various community sports including football, baseball, and basketball.

In 1979, John graduated from Ballard High School and began working toward his lifelong dream of becoming a Longshoreman. This was John's 40th year doing what he loved. John purchased a home in Kent, Washington and later married his beautiful, longtime friend, Carroll joining a large loving family of parents, sisters, sons, daughters, cousins, and grandchildren. It was obvious to everyone who knew him, becoming a grandpa was one his greatest joys. Interacting with his grandchildren and attending their various activities was a priority, his home was filled with laughter and love. John took countless trips to Las Vegas and Hawaii to seek his favorite things - sun and swimming. John was an excellent cook and appreciated a good meal. He was an avid gardener and enjoyed growing blueberries. John was a great storyteller and could tell a joke like no other. He had a booming voice and a contagious laugh that filled a room. In death, John will join his grandparents, mom, dad, and brother, Michael.

He is survived by his wife Carroll and all her family including grandchildren Liam, Malory, Lyla, London and Kaiya. Sisters Sheree and Jackie (husband Frank), sister-in-law Rosalie, nieces Molly and Chontelle, nephews Michael and Matthew, grandnephews Jackson, Ethan and grandniece Elizabeth. We will all miss John dearly. A memorial has been postponed for now but will be communicated through the Cady Funeral Home website as well as through social media.