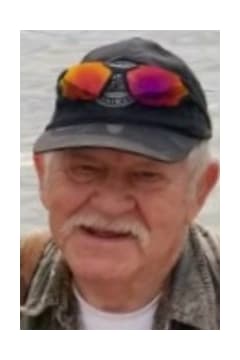 Theodore (Ted) William Reitz unexpectedly passed away at Highline Medical Center on August 13, 2019. He is survived by his wife of 32 years, Molly, his sons Joe and Chad, daughter Debra, stepchildren Mike, Julie, Sally, and Harry, his two brothers Rich and Mike, his sister Judy, as well as many grandchildren, step-grandchildren, and great-grandchildren. His mother, Wilma Reitz of Michigan, will be turning 100 years old this November. One of his final wishes was to throw a party for her surrounded by family.

Ted was born in 1937 in South Bend, Indiana to Theodore and Wilma Reitz. He grew up in Stevensville, MI where he attended a Lutheran school. After graduating from Stevensville High School in 1957, he entered the Navy until 1960. He then returned to Michigan to work alongside his father at his service garage. He married his first wife, June (deceased), while in the Navy and met his second wife, Darlene, while working at Whirlpool. He later met his wife of 32 years, Molly, in Schoolcraft and followed her out to Seattle, WA where they were married a year later. They eventually moved to Republic, WA, where he enjoyed the snow, fishing, and hunting. He loved his church family at Wauconda Community Church and his favorite song was the Family of God.

Ted was a member of the NRA, Eagles, American Legion, and San Poil Grange, where for a short time he was Grand Master until an illness resulted in him having to step down as an officer. He was a very special and kind man, a wonderful husband, and enjoyed life to the fullest.

A Celebration of Life will be held in his honor on Saturday, August 24 at 1:00 PM at:

Guests are asked to bring their favorite photo with (or of) Ted to add to a book that will help keep his memory alive. 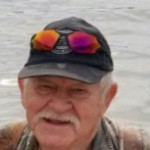 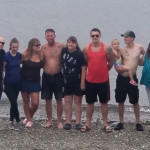 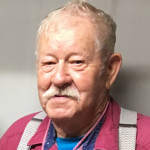