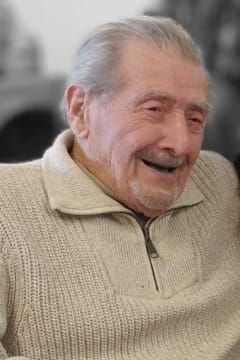 Harry Lewis Brotten Jr, known to everyone he met as “Papa”, passed away peacefully February
13, 2021 at the VA hospital in Seattle. He was born to parents Harry Brotten Sr and Mamie
Brotten on July 29, 1927. Papa was a proud veteran of the Korean War and a jack of all trades.
His jobs included working as a postman, security guard and in vocational rehab. He always
dreamed of owning his own gas station where he could follow his passion, working on cars and
socializing with everyone he met.

Papa was a dreamer and a storyteller and everyone he met walked away knowing a piece of his
life. He had an infectious passion for jazz and often told stories of his days as a jazz drummer.
He loved camping in his Volkswagen bus with family and friends and never gave up the hope
that he would one day camp again. Papa was full of life and love and was always thinking of
ways that he could help those around him.

Papa will be deeply missed by everyone he knew. Private interment services will take place at
Tahoma National Cemetery at a later date. Those wishing to honor his life can give donations in
his name to ASPCA or to the Wounded Warrior Project.