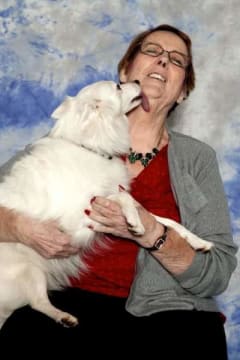 Frances Nadine Groh passed away from natural causes on December 29, 2020, at her residence.

She was 79 and had lived for the past 9 years in the Greater Seattle area. Fran was born on February 5, 1941, to Lewis Vernon Rogers and Ella May Quigley Rogers in Yakima, Washington.

In 1948, Frances and her family moved from Yakima to a farm in Mabton, WA. Frances went to first grade in Yakima, then second through fifth grades in Mabton.

Fran’s family moved to Mayville, Oregon, in 1953, so that Fran’s father, Lewis, could work on a big wheat ranch. Frances and her sister attended a country school house with 12 students or less. After 8th grade graduation, the family moved back to Mabton. In the spring of 1957, Fran’s father began working for the Washington State University Irrigated Agricultural Research and Extension Center in Prosser and the family moved to live on site. Frances attended Prosser High School and graduated in 1960. Fran eloped with Robert Groh July 15, 1961. They met in an elevator in Seattle in 1961. They lived in Kennewick, Washington, for most of their married lives. She had her own business offering childcare in her home in Kennewick, and a glass engraving business with her husband. Bob also worked as an electrician at Hanford Nuclear Reservation while Fran enjoyed being a homemaker. She very much enjoyed attending church, church activities, and reading her Bible. In the recent past, she was active in the Golden Girls group at Real Life Church.

She was talented in many ways, such as sewing, and crafts of all kinds, including Tri Chem fabric painting. In addition to spending time with family and friends, she also enjoyed square dancing, reading, board games and camping. Her friends and family know she loved cats and had many Siamese cats over the years. She always loved traveling to Hawaii. She lived in Honolulu with David and Orlee in 2010-12, then she moved to the Greater Seattle area. She had been living at the Brookdale Foundation House in Federal Way for a couple years prior to when she passed away.

She was preceded in death by her husband, Robert Wesley Groh; one son, Wesley Robert Groh; and her parents, Ella May (d.2006) and Lewis Rogers (d.1996) who had lived in the Yakima Valley, Washington, most of their lives; and her infant sister, Murah Elaine Rogers.

A memorial service is planned for Feb. 17, 2021, at Real Life Church, 26201 180th Ave. SE, in Covington, Washington, (98042) at 11:30 am. Graveside services are cancelled due to precautions against Covid but a processional, escorted by police, will travel from the church to Tahoma National Cemetery. The processional will include members of the Sons of Hiram riding club, a group made up entirely of Freemasons of which her son is a member.

Comments are welcome. Memorial Donations are welcome to be given to a local foodbank, Covingtonstorehouse.org organized by members of the Real Life Church.