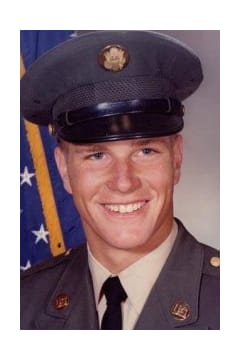 Donald Eber Bly passed away at his home in Redmond Washington, November 3, 2019 at the age of 64. Don was born September 21, 1955 at Elmendorf Air Force Base, Anchorage Alaska, the adopted son of Helen Jean Bly and Dale Marvin Bly.

Don and Terry were accepted into the family and were raised alongside his siblings, Nancy, Becky, Jody, lance, Varlyne, and Lindsay in Harrington, Washington where he helped take care of the Wesdale farm. He loved playing football with the Ephrata Tigers and graduated all conference from Ephrata High School in 1973.

Shortly after high school Don made the brave decision to serve his country in the United States Army serving one tour as an electronics technician during the conflict in Vietnam. Don spent the majority of his military career overseas stationed in Germany and Thailand.

Don met his first wife Cheryl in late 1976 while stationed at Ft. Bliss in El Paso, Texas. They married in January 1977. While stationed in Germany the couple had a beautiful baby girl, Dawn E. Bly. Don attended college and received his degree in Business at Utah Technical College.

Don met the love of his life Bernadette in February 1985. The pair married on May 25, 1985 at the same time welcoming Debbie and Brian White into his family.

Don was a man of many talents, he spent his life in the pursuit of knowledge, always striving to deepen his understanding of all that life has to offer. He had an enterprising spirit and undertook many business pursuits over the course of his life. After numerous lessons and a few hard knocks, he achieved success becoming the patriarch of the Global Poker Federation family, the company he founded while living in Bremerton, Washington 15 years ago. Through Global Poker federation Don was able to meet many wonderful people, cultivate meaningful relationships and the aspect of community that he always wanted. Surrounded by people that loved him his generosity and caring of others really blossomed.

Don was never shy in telling someone how he felt and would offer advice to anyone he felt needed a different perspective, solicited or not. Don strived to see the best in people and help those around him in any way he could. Don was always looking for the “win-win” in any scenario so all interaction would be mutually beneficial and “fair.”

Don was many things to many people, husband, father, mentor, confidant and much, much more. The ability to touch so many lives over the years in such a positive way, truly makes him unforgettable. His legacy and his spirit will live on in the hearts of his family, his friends and all that had the privilege of knowing him.